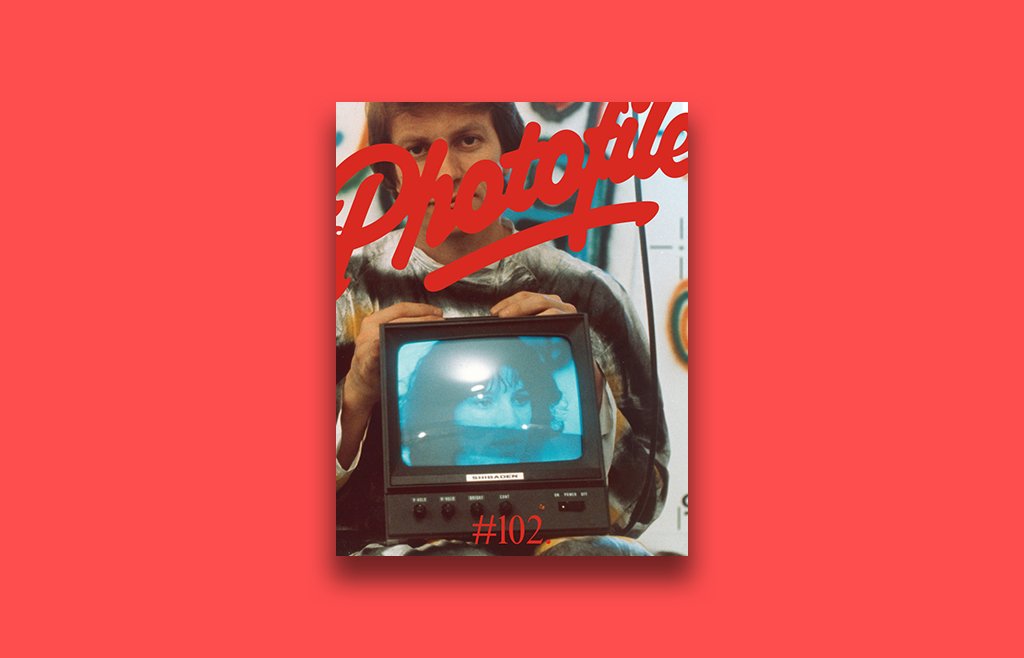 ALLISON HOLLAND Without light, we can't have images: Sam Smith, architecture & the cinematic
The immersive spaces and performances of Australian-born artist Sam Smith elude description. His single and multi-channel projections are a fusion of cinema and Web 2.0. Using his computer desktop, Smith generates a flow of imagery that is transitory, yet residual and hypnotic. Images float before the audience over articulated skins, or surfaces, on the scale of domestic architecture. Jan Verwoert describes the artist's approach to his practice as 'a particular form of atmospheric thinking’1. The artist does not present arguments but allows the visual elements he appropriates and choreographs to linger, to fill spaces and convoke forces from the illusory world of light and shade.

Common to Smith's performances and installations, such as Form Variations (2014)2, is his investigation into light, the eye, the lens and the various visual technologies that we use to mediate reality. Gleaning from his trove of photography, cinema and sound, Smith splices and reconfigures short grabs and loops. He supports these vignettes with text and film dialogue in French and English. The works are a magical melange of the ancient, the vintage, the classic and the avant-garde. Smith's loose, stream of consciousness compositions extend from three-dimensional renderings of Greek or Roman sculpture to brief excerpts from mid-twentieth century documentaries and New Wave cinema. They are a personalised conglomeration of Western history — visual flashes of culture with almost forgotten significance.

Smith plays with the audience. He manipulates each visual element to distract or direct their gaze, always conscious that the individual's experience of the performance is unique. As Heraclitus said, it is not possible to enter a river twice, it is never the same river nor are you the same person. A concept analogous to watching your favourite childhood film as an adult — you attempt to relive it, reanimate it with the youthful innocence of the first viewing, but the attempt is futile. Despite film's ability to capture an image at one point in time, its viewing is tied to the specificities of another time and place, which shapes the audience's individual and collective experience.

In 2014, Smith performed NOTES (2013-2016) at the Kunst-Werke, Institute for Contemporary Art in Berlin3. Against a ground of black, bold red or canary yellow he juxtaposed as many as ten frames of incidental moments. Utilising two, single-channelled projections the artist animated a semiotic mosaic of knowledge and aesthetics, human physicality and environment. Smith opens the performance with a single frame, the transient phases of the moon. Then a second presents an expansive view of an ocean. Added to these is a satellite image of the Earth from the stratosphere, which zooms down to Berlin and from there to the K W, the site of the performance. A voiceover of Vittorio Storaro offers a conceptual framework for the work: 'Light I think is knowledge. Knowledge is love. Love is freedom. Freedom is energy. Energy is all. Without light, we can't have images'.4

As the performance unfolds, Smith adds and deletes film clips using the computer mouse as an avatar: horses; a bedroom interior where a pajamaed child witnesses an apparition; a cinematographer with his camera. In another surreal scenario, a man stands in front of a mirror then splashes through its reflective, watery surface. As with most of the elements, the clip loops and reappears at various intervals throughout the performance contributing to its visual tempo. There are multiple snapshots of stone lions. Others show people moving up and down grand staircases. Another clip features the palace garden from Alain Resnais' classic Last Year at Marienbad (1961). Ubiquitous frames appear of hands gesturing, contact juggling, removing gloves or undertaking banal activities. A soundscape of orchestral pieces, algorithmic reverb and ambient noise is integral in developing the mood of the performance. Sound bites accompany the sampled films of a jazz trumpet player and a tuxedoed tap dancer. Other image-sound synchronisations are discordant. For instance, clips of people running concurrent with sound grabs of a woman laughing, piano music and David Bowie singing 'Modern Love'. Like instrumental licks, riffs and hooks, the sound grabs repeat, build and fade, infusing the performance with a lyrical quality.

Some film clips nod to the director Ingmar Bergman and his use of windows and doorways as framing devices. A voiceover refers to the Japanese director Akira Kurosawa dealing creatively with the problems of mist and smoke on an open-air set. The voiceover is reiterated with the inclusion of text on the screen: 'He is hacking his film out of the weather's brute matter, like a sculptor'. Another narrator speaks of Yasujiro Ozu as a director who challenged the norms of cinematic continuity, while also following the protocols of balance, geometry, form and tempo. A longer grab explains the difference between a Director and a Director of Photography. To assert his own directorial role, Smith incorporates an image of his hand controlling the computer mouse.

When discussing his immersive works the artist admits, 'I have never made a work where I know the outcome. The editing phase is my favourite bit, because of the potentialities in the work'.5 He edits scenes as discrete sentences, which when combined with interludes build into visual paragraphs. This approach applies equally to his performances. It could be argued it is the lack of a final, or fixed, version of these events that sets them apart from their twin installations. More significant, however, is the presence of the artist. Unlike the installations, Smith is able to observe the audience and respond to them, or at least share in their appreciation. He moves the focus from creativity toward the experiential.

This is made explicit in the final scenes of NOTES when a real-time clip of the performance is introduced to the artist's desktop palette. The heads and shoulders of the audience are seen to cast dark forms on the screen. By projecting this clip while continuing to simultaneously capture in real-time, Smith formulates an endless reframing of the performance — a cinematic infinity mirror. These tightly spaced visual echoes reinforce in the audience their presence and the singular nature of the experience. This disruption also draws attention to the laws of physics and the mediating technologies at play. That is, light, the eye as an image-receiver and the camera as an image-making device.

Over time the scale of Smith's performances has grown, the underlying narratives become more apparent and the projection surfaces more composite. For his performance of Interface (2016)6 Smith used the windows of a factory in Liverpool as a skin. The audience viewed from the outside the building, while inside the artist clicked and dragged his mouse. Correlating with Smith's research on photography and architecture, his works have also strengthened conceptually. His sense of space is one defined by images rather than walls. This is intimated in the opening passage of Interface with a quote by the theorist Beatriz Colomina: 'The window is a frontier. The frontier is no longer a limit that separates, excludes, dissociates, a Cartesian limit; rather it is a figure, a convention… Just like a photograph is a negative at first and then becomes a photograph by the positive process.'7

In the opening scene of E.1027 (2016-2017)8, the artist visualises the disruption of this frontier with a film clip of a glass pane shattering. Following this a voice off-screen states 'Backward, upward, sideways, time floats forward', suggesting a linear approach to history is to be renegotiated. In this performance, Smith also returns to the origins of photography and the camera obscura. E.1027 was a house built by the Modernist architect Eileen Gray at Roquebrune-Cap-Martin, France. Built around a system of load-bearing columns, the villa's open plan, modular interior and articulated floating facade characterises avant-garde architecture of the late 1920s. Across the front of the house an expanse of windows, like in a strip of celluloid film, segments and frames the sublime view of the Mediterranean Sea. Through performance the artist creates parallels between the villa, the camera and performance space and each of their frontiers, the horizontal window, the lens and the panoramic screen.

The narrative unfolds with a recitation of Le Corbusier's letter to his mother. It recounts his near-death experience while swimming when his leg is partially severed by the blades of a passing speedboat. The sound of rain accompanies images of water, plant tendrils, rotating sculptural heads and three-dimensional renderings of the villa. There is a shift to a female narrator who discloses she is a sentient being arising from the complex entanglement of geographical site, biological environ and the villa E.1027. As a result of a phenomenological occurrence, she now has a voice after 1,000 years of silence. Through the act of creating her, Gray had realised a new aesthetic and a free and harmonious way of living. E.1027 embodied a site where humans, along with wind, sea spray and sunlight could over time be reconfigured into an endless mobius strip of alliances between architecture and occupation.

Another female voice, an archivist, continues the narrative dispassionately recounting the significant events of Gray's life and her relationships with the singer Damia and the architects Jean Badovici and Le Corbusier. Smith sets up the possibility for the extraordinary and unexplained to happen when mentioning Gray's interest in dark magic and her intimacy with the English novelist and occultist Aleister Crowley. Gray's life is explicated through the materiality of her life. Using his signature series of frames Smith presents a diversity of images including material from Gray's archive, portrait photographs of the architect's intellectual milieu, her correspondence, and objects she created.

A significant influence on Smith's characterisation of E.1027 was The Stone Tape9, a 1970s cult television movie. In The Stone Tape a group of scientists move into a Victorian mansion and uncover a geo-acoustic phenomenon. They set up an experiment in the basement of the house intending to break apart the molecular bonds of a stone wall with ultrasonic soundwaves. Instead their exploration into deep-level mapping and vibrational excavation taps into the trauma of the house. They discover that by agitating the stones with sound they are able to playback the building's memory.

Unlike these stones, E.1027 is not a recording of past inhabitants, she is a witness. Her accounts are subjective and rise from her residual memories and impressions of Gray and others who built and/or dwelt within her. The organic and elemental take hold both visually and in the narrative. On a geological time-scale E.1027 becomes more sentient and an active agent in dismantling and returning synthetic materials into primary elemental states: gold and zinc, nitrogen and carbon. This power of entropy breaks down all barriers to geospatial specificities Smith has privileged the point of view of this non-human entity and in doing so shines a light on the webs of entanglement that underpin all existence. In decentring the human experience in this way, the artist quietly challenges us to contemplate our personal and collective place in the world today and in the history of the universe.

In his immersive projections Smith orchestrates a palette of moving images, sound and text to open fissures in the singular notion of a 'finished' work of art. As a technical extension, or mediation, of our sensory experience of the world the camera, moving or still, narrows and holds our vision within a singular perspective. In presenting such a dynamic visual framework, Smith challenges the limitations of this point of focus. The performances are a unique reanimation and recontextualisation of the work that emphasises the audience's shared subjective experience. Smith creates compositions that are elusive, overwhelming and disruptive. They are immersive jazz, with the artist's thoughts and responses directing his improvisational use of the moving image. While Smith's aesthetics align with Postmodern fragmentation and appropriation, the artist's dexterous use of current imaging technologies has allowed him to develop an innovative cinematic language.